I'm so honored to be joined in today's post with my wonderful friend Becca W. Becca is a YouTuber from London who makes a variety of types of videos on her channel, but a common theme throughout them is that they're really personal videos where you feel like you really get to know Becca through her channel. Becca is a Film Production student and an AWARD WINNING DIRECTOR (literally so proud of my friend omg!) for her film "Hostages". If you haven't already, please check out Becca's channel and show her some love. 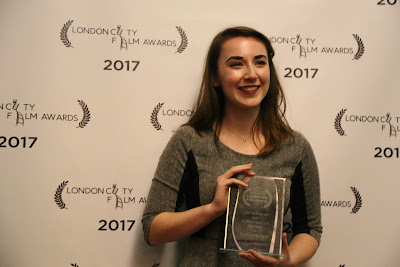 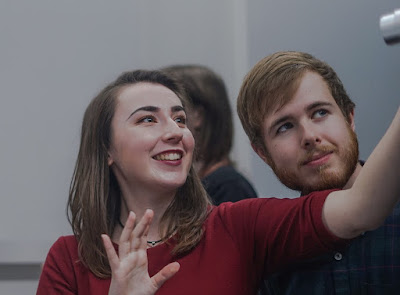 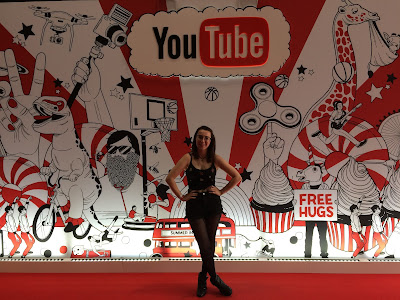 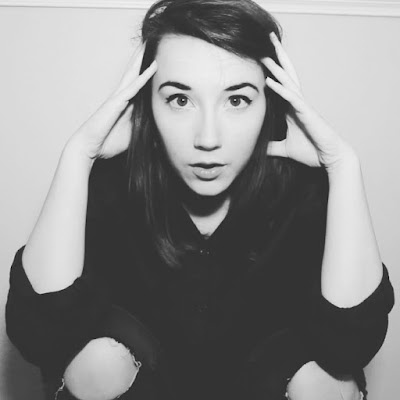 If you don't already know Becca, I asked her some questions for you to get to know her a bit better:

The channel that I use now (Becca W) I started 4 years ago because I missed making videos, as one of my friends (Emily Anna) had recently started her own channel and watching her videos made me miss filming. Prior to this channel, I had another channel which has been active for eleven years! That one started because I really enjoyed editing fans videos, cringy I know! Five years later, my friend (RubySmilesLikeANerd) had started her own channel where she would sit and talk about things in front of the camera. I thought that looked like fun so I gave it a go. Of course, back then, I was a very shy girl with a very short, unflattering haircut and gross glasses, so you can imagine my videos weren't that great! A few more years after that, at about 17, I started Becca W (back then Becca's Blog) and made beauty videos. Again, I wasn't that great at them and I was still a bit awkward in front of the camera, but practice makes perfect. Nowadays I make weekly vlogs, which has only started this year but I'm really enjoying it! So I guess my reasoning for starting YouTube was because of my friends.

2. University can be quite the experience! What has been your favourite part of your course so far?

I am currently in my third year of university, studying Digital Film Production at Ravensbourne in London. One of my favourite aspects of the course is just how many films you actually get to make during your time there! In the first term alone, we made four films! That's one every two weeks! And for my first term of third year we had to make a film every week, eleven films in total! It's been crazy and a lot of hard work, but also a lot of fun too!


3. What would you say the biggest challenge you’ve had to overcome this year has been?

The biggest challenge I've had to overcome has to be accepting that I am good at what I do. In the grand scheme of things that doesn't seem like such a big deal, however 2017 was such a great year for me in terms of my career that I didn't have many challenges to face. I've always been a 'glass half empty' type of person, so I always doubt myself and my abilities. When I won an award for directing my first short film last year, it really gave me a confidence boost! Even though directing isn't what I want to do as a job, it really made me believe that I had created a film good enough for people to actually take me seriously in the film industry. Having belief in myself is something I've always found difficult to be honest, and it's something I'm still working on, but knowing that I can do things to the best of my ability, even if it means not making a great film or not getting the job I wanted (which also happened recently), then I'm happy to know that I tried my best, and something good still came from the experience (which is what happened with the job).


4.  Living in London must be incredibly exciting. If you could live anywhere in the world, would you still choose London or another place?

I love London! One of my flatmates and my boyfriend are both from the North and they constantly tell me how much they hate living in London, and it honestly makes me so sad because I love it so much! I love that I can easily get anywhere I want, granted it may take a long time to get there, but I know the tubes and buses will run very frequently. Having said that I would like to live somewhere else at some point in my life. I've been lucky enough to travel to many different countries and cities in my lifetime, and one of my favourite places that I've been to is Amsterdam. I think it is beautiful and soooo clean! So maybe one day I'll live there, or somewhere else, like maybe New York or Sydney, both of which I have not visited yet but I want to. One of the great things about working in the film industry is that my work could potentially take me to different countries, which would be really exciting, so who knows where I may end up living because of my job!


5. What is your biggest piece of advice for someone wanting to get started in the film industry?

My biggest piece of advice for someone who wants to get into the film industry is to make contacts and network. Now I know from experience that this can be really awkward, because if you talk to people already in the industry, then they are more likely to help you to get to where you want to be. Also, take any opportunity that arises. I've not done this in the past and really regretted it, so if any jobs come your way that you don't feel confident to apply for, just do it, and learn on the job. Even though I've been through University, the best way I've learnt is by working on sets and talking to people. Honestly, I don't even know how much I've learnt from going to lectures haha! But talk to people, and take opportunities, and one day you'll get to where you want to be!

6. Being a part of a YouTube community is one of the best parts of creating content. What has been your favourite trip or meetup you’ve ever had with your YouTube squad?

Friendships are definitely the best thing about YouTube! It's hard to pick just one particular time, though I'd probably have to say SITC weekend 2017. It was my frist time going and I met some AMAZING PEOPLE (including you Izzy!) When I originally booked my tickets, I only knew three people (Coraal Francis, OllieWood96 and JackInTheVlogs), however, after three days I was now friends with like ten other creators! It was crazy! It was so much fun and we even managed to sneak into the after parties, which were hilarious!

7. Your content is varied on your channel, covering many types of videos. Do you have a favourite sort to film?

As of January 2018 I have made my channel into a weekly vlogging channel because vlogging is by far my favourite type of video to film! I've always loved doing Vlogmas and so I've made it my goal this year to try and vlog as much as possible, and I think I've been doing pretty well so far. That's not to say that I've ruled out doing sit down videos, I've got a few collabs lined up, though I do need to think of ideas for those, but I just prefer vlogging to be honest, and it's also a lot easier to edit and film haha!


8. If you could collaborate with any form of content creator (e.g. a film director, an actor, youtuber etc…) who would you pick and what would you work on with them?

Ohhh that's a hard one! If we're going with YouTubers, I'd love to collab with Carrie Hope Fletcher. I just think we'd get on really well and talk about musicals all day and maybe have a sing song (even though I'm not that great at singing). In terms of filmmaking, I'd love to work with Christopher Nolan (who directed Dunkirk last year) because he is just brilliant! I've loved pretty much all of his films he's ever made, and one day I will work with him on something!


9. You clearly have a very creative mind. What have you found is the best way to gain inspiration and beat a creative block?

In my second year of University we had to do a script writing unit, and I was so worried because I'd never written a script before, but the lecturers told us to draw on things that we've enjoyed watching. It think that's the same for YouTube videos too. If you see something you enjoy, you can make something similar but put your own spin on it and make it better. I actually find being creative really hard, hence why in filmmaking I stick to production roles, such as an Assistant Director or Producer because they deal with things like scheduling and being organised which is what I know I'm good at.

I think a goal of mine for 2018 is to win an award for producing a film. In May 2017 I directed my first short film and sent it off to a few film festivals, not expecting to get selected for any of them. A few months later and I recieved an email saying that my film 'Hostages' had been selected for the London City Film Awards and was up for Best Student Director. I though that was incredible and that there was no way I'd win it, but I'm very happy to have been selected for the festival. Anyway, on the night of the screening, they anounced all the winners at the end and low and behold, I actually won! Never in a million years did I ever think I'd win an award for directing (especially as I want to be a producer)! Since that evening, that particular film has been doing surprisingly well in film festivals, winning 6 film laurels so far! The feeling I got from winning those awards has been indreduble and if I could win an award for the role that I actually want to pursue as a career, would be really great for me, especially as I graduate this year, i think it would really help me to get me a good career as a producer in the future.